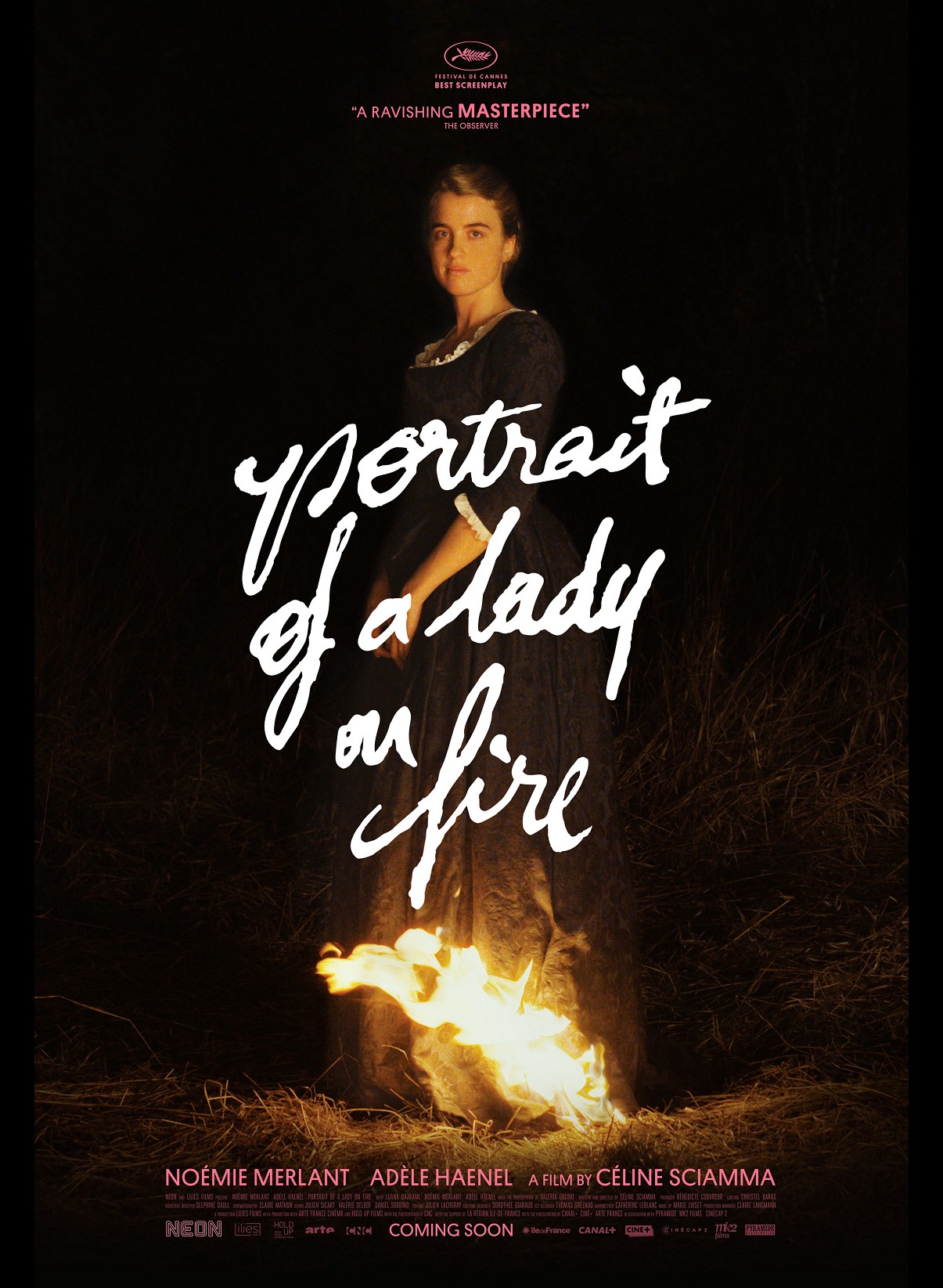 From Céline Sciamma, the acclaimed director of Girlhood and Water Lilies, comes a Palme D’or nominated tale of forbidden love.

Set in 1770s France, young artist Marianne (Noémie Merlant) is employed to travel to a remote island off the coast of Brittany and paint a portrait of headstrong ingenue Héloïse (Adèle Haenel), who is to be married off to a Milanese nobleman, assuming her depiction meets his approval. Héloïse, fierce in her independence, refuses to sit for the painting, so Marianne poses as a companion hired to join Héloïse in her daily walks wherein she might memorise her subject’s features. However, Héloïse starts to notice the young woman’s intense scrutiny.

In creating this elegiac tale of fleeting passions, director Sciamma took inspiration from the myth of Orpheus and Eurydice, in which Orpheus must lead his wife back out of the underworld without ever looking behind him to see if she is following. Sciamma suggests that sometimes it is impossible not to look back.

Incredible cinematography from Claire Mathon captures the wild, rugged beauty of the Brittany island setting (actually filmed on the Peninsula of Saint-Pierre-Quiberon) whilst maintaining Sciamma’s minimalist aesthetic and mirroring the slow-burn storytelling.