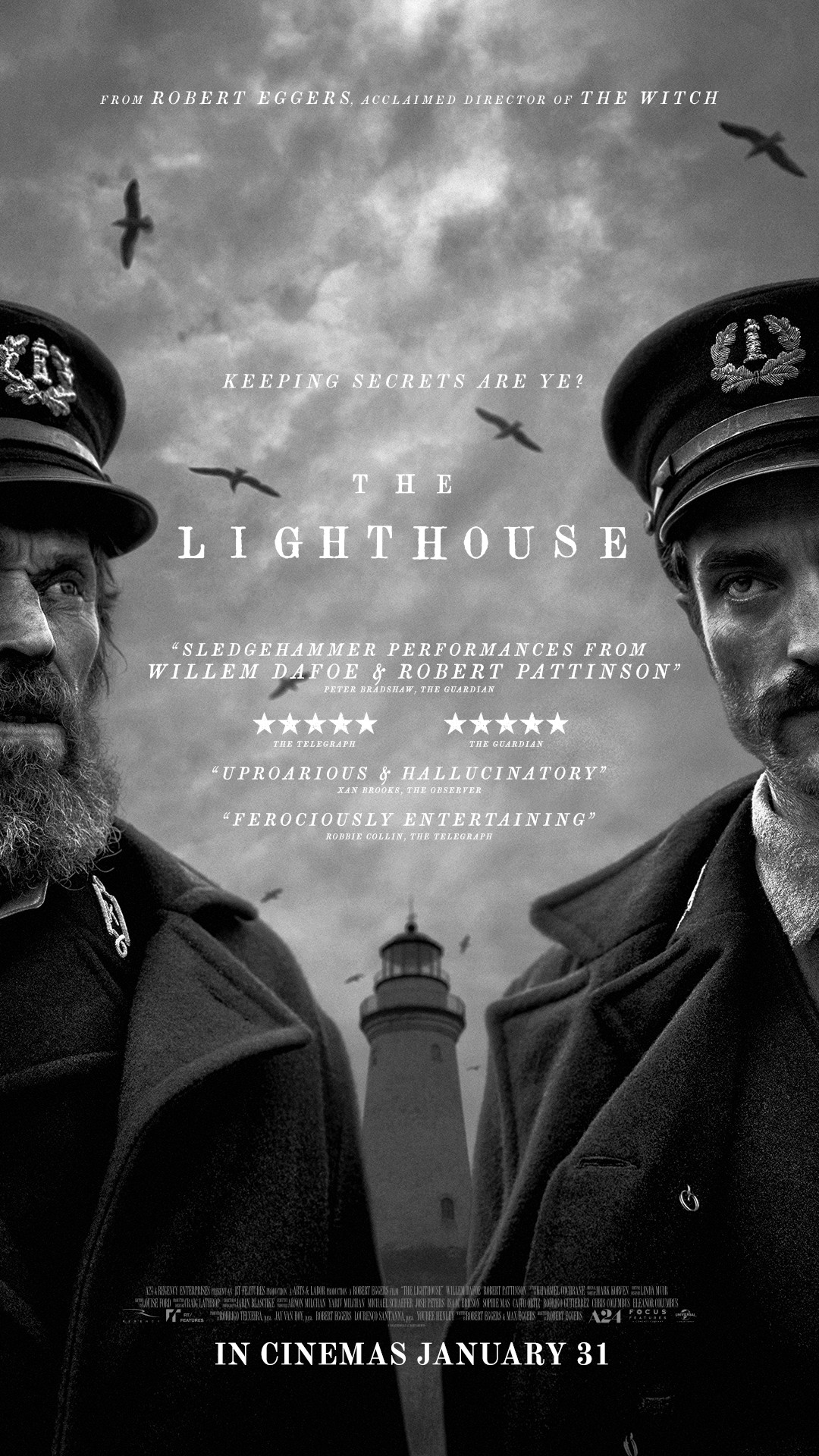 From the dark recesses of director Robert Eggers’ brain comes a tautly oppressive tale of madness in isolation with powerhouse performances from Robert Pattison and Willem Dafoe.

In his directorial debut, The Witch, Eggers created a horror film of ever-growing tension and paranoia as a family, fuelled by superstition and religious fervour, imploded. In his sophomore effort he has further ramped up the claustrophobia by marooning two men in a remote New England lighthouse and entrapping them there together.

Dafoe plays Thomas Wake (looking like a period photo come to life), a cantankerous veteran ‘wickie’ with dubious personal hygiene; imperious in his superiority and arbitrarily pulling rank. Pattinson is his underling Ephraim Winslow (sporting a moustache so lustrous it would make any Belgian detective jealous), a former logger who becomes increasingly resentful of being assigned all the menial tasks but denied access to the top of the lighthouse. As a raging storm protracts their guardianship, the food supplies diminish until only the booze remains.

Set in the 1890s and shot in black and white, with an aspect ratio of 1.19:1, Eggers’ film feels less like a contemporary movie and more like an evil relic dredged from the depths.