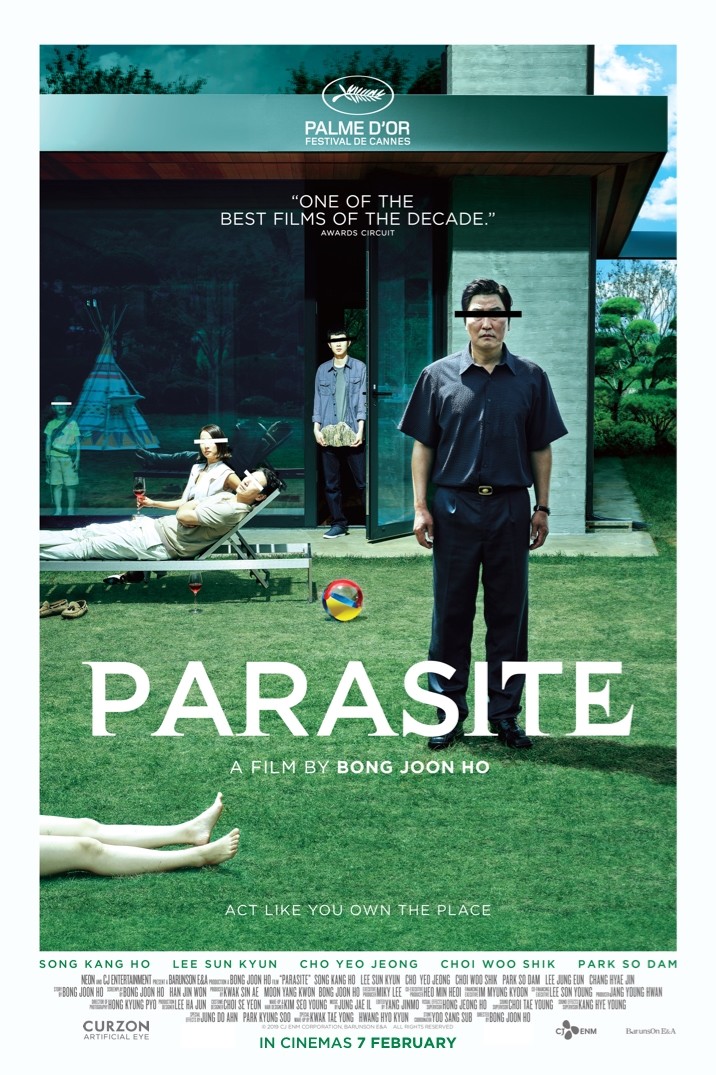 In the South Korean capital of Seoul, the wealthy Park family and the down on their luck Kim family are brought together; the Kim’s youngest son seizes the opportunity to bluff his way into becoming a tutor for the Park’s young daughter in their luxurious mansion home.

This soon becomes a symbiotic bond between the two families as more of the Kim’s become indispensable employees of the wealthy family who in turn provide financial stability to the Kim’s.

That is until an interloper threatens to disrupt the relationship between the two clans. Using the theme of class division that Joon Ho expertly explored in his previous film Snowpiercer, Parasite is an expertly woven thriller utilizing hypnotic performances from a sterling cast (including Joon Ho’s frequent collaborator Song Kang-ho as the patriarch of the Kim family), subtle tonal shifts and deliciously black humour to both entertain and disorientate as the film tonally shifts and shimmies it’s way to a startling climax.