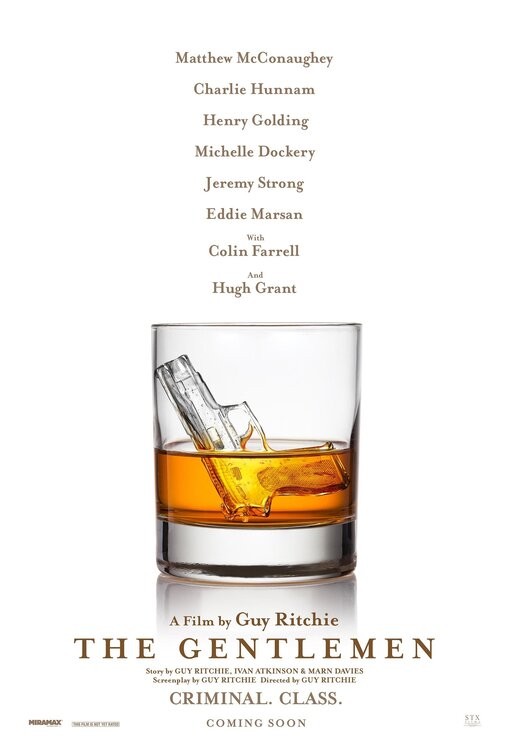 Fresh from helming Disney’s live adaptation of Aladdin last year, rumours proved true that Ritchie was working on another gangster flick in the Lock, Stock and Two Smoking Barrels mould. And as usual, he’s bolstered by an ensemble cast, with the main A-list weight coming from Matthew McConaughey as Mickey Pearson, an American who moved to London and subsequently built an underground marijuana empire.

There’s also Hugh Grant, who’s spent a lot of his screen time as a posh and charming cad, so it’s interesting to see him with a cockney accent and Jonathan Ross-esque speech impediment. Also, Colin Farell as a boxing coach with criminal inclinations (a very Ritchie-esque character), joined by Henry Golding, Charlie Hunnam and Michelle Dockery.

As news spreads that Mickey Pearson, the American head of a huge marijuana business in London, is looking to cash out of his empire, an intricate web of plots and schemes are set in motion by London’s criminal underbelly, looking to make Mickey’s fortune their own. Ritchie has made an entertaining return to his mockney roots.