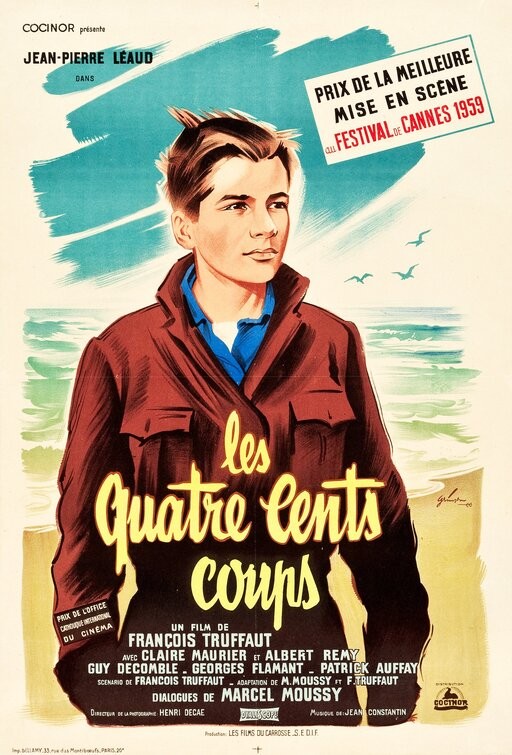 Part of the ‘A Cinematic Odyssey: Postcards from Europe’ strand. The Odyssey reintroduces another landmark of European cinema, François Truffaut’s ever-fresh coming-of-age story that launched the French New Wave.

In 1950s Paris, Antoine Doinel is a young boy who struggles in class but adores literature, who is alienated by his parents and teachers and can only find happiness through petty rebellion. With few opportunities or friends, he flees his school and family to roam the city, finding what joy in his mundane, difficult life.

As a young film critic seeking to revitalise French cinema, Truffaut drew on his own tumultuous youth as an unfortunate delinquent, rescued by a love for cinema. In doing so, he created a looser, more adventurous style of filmmaking, freeing the camera from static setups and the script from tidy moralising. With this, Truffaut vividly realises the many moods of growing up, in both its mundane, regular defeats and beautiful, exhilarating victories.

His camera, and Jean-Pierre Léaud’s raw, subtle lead performance, create an emotional intimacy with Doinel that makes his childhood feel as immediate and momentous as our own.

*The film will be introduced by Dr Paul Sutton, who will stay for the end of the film for a post- screening discussion in the auditorium.