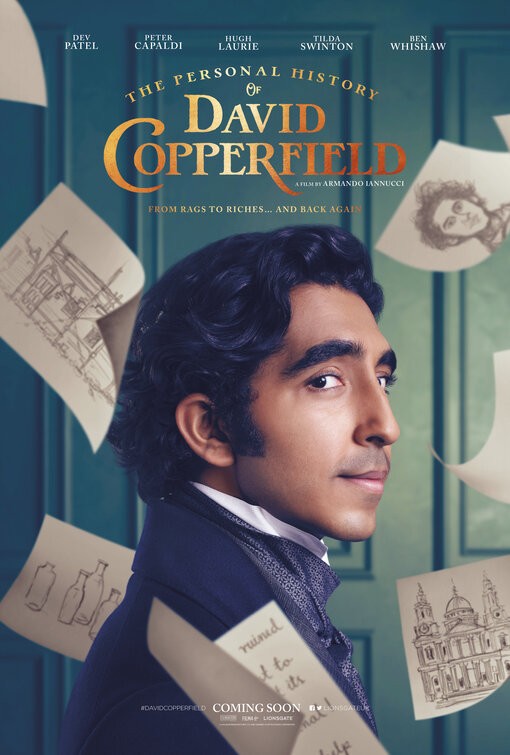 There have been many film adaptations of Charles Dickens’ eighth novel, dating as far back as 1913, but arguably none are as deliriously entertaining as Armando Iannucci’s star-studded offering.

Following the story of young David, from his being orphaned at a young age, through the harsh early stages of his youth to his growing fortunes as a journalist, the film details our hero’s journey from rags to riches… and back again.

Iannucci’s film is almost Gilliam-esque in its love of the absurdity of its characters, from Tilda Swinton’s nutty Aunt Betsey to Peter Capaldi’s ever-optimistic Mr Micawber, to Ben Wishaw’s greasy performance as Uriah Heep. But it is Dev Patel, as the loveable titular character who forms the heart of the film.

Many elements of the novel reflect events in Dickens's own life, including his time spent working in a shoe polish factory and his later writing career, and it might be for this reason that it was Dickens' favourite among his own stories. In the preface to the 1867 edition, Dickens wrote, "like many fond parents, I have in my heart of hearts a favourite child. And his name is David Copperfield."