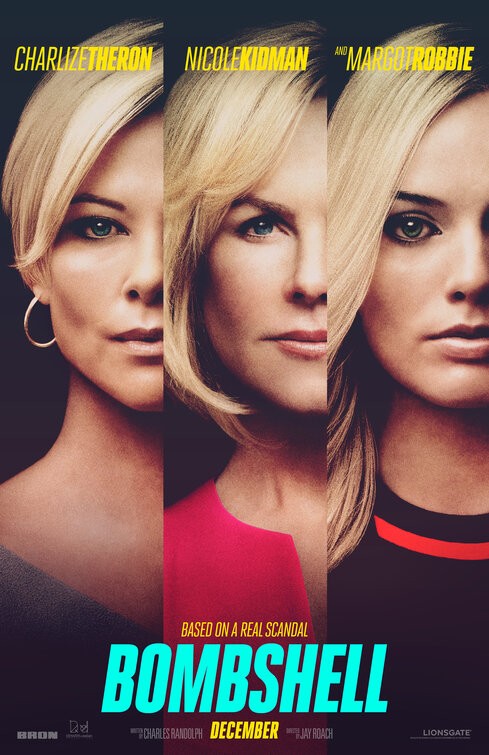 A powerful drama based on shocking real life events and told by the women who bravely brought down Roger Ailes, the Fox News CEO for sexual harassment.

Depicted in the notoriously right wing Fox Headquarters Hollywood titan, Nicole Kidman portrays Gretchen Carlson, the senior anchor, whom after years of tolerating the openly misogynistic atmosphere, is the first to come forward against Ailes in the legal saga.

Charlize Theron is Megyn Kelly, the famous news anchor and John Lithgow plays Ailes both of which are barely recognisable in heavy prosthetics.

Margot Robbie is the young and ambitious producer Kaya Pospisil, a fictional character created to represent Ailes’ younger victims, also coerced and propositioned. Director Jay Roach (Trumbo) intercuts real life footage throughout and uses Kelly’s character to break the fourth wall as a reminder this is an uncomfortable reality for many women in the workplace still today.

Written by Charles Randolph (The Big Short) the film sets aside politics but highlights the continual importance of the Me Too movement and is a trailblazer in reiterating Hollywood and the main stream media’s responsibility to bring light to these realities and question its own complicity. Not to miss!