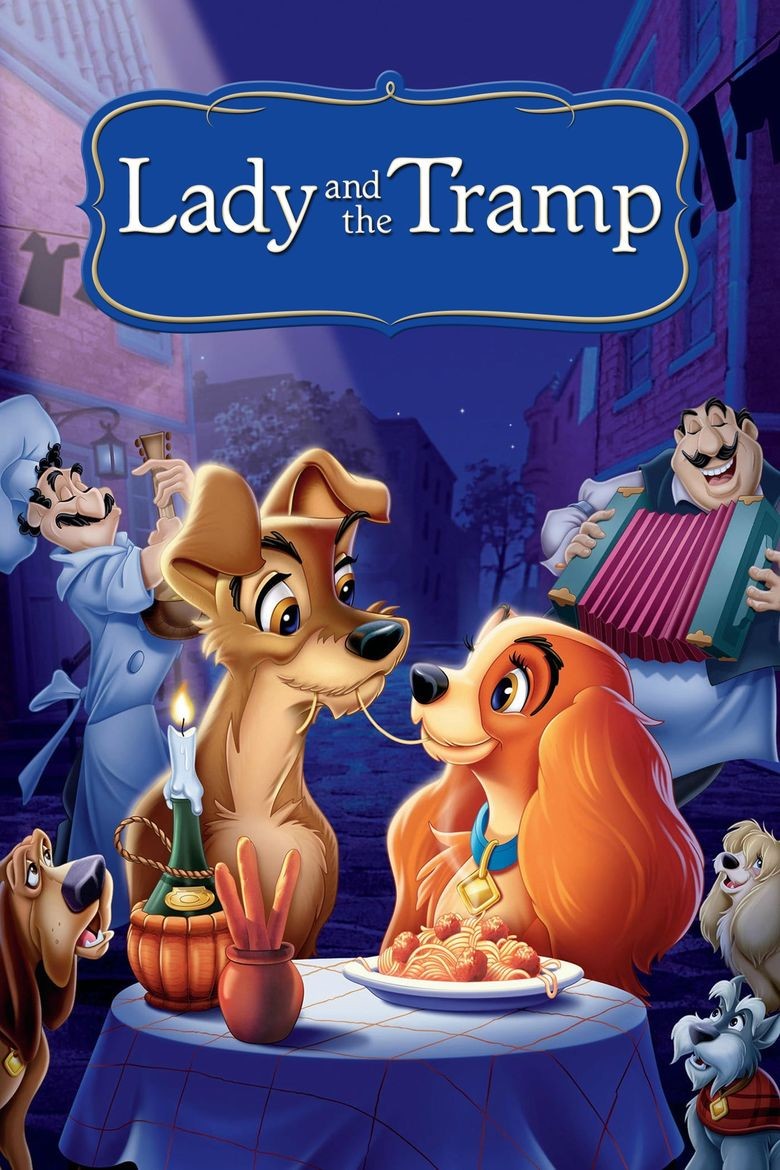 Lady, a pampered Cocker Spaniel, lives a happy life in the suburbs until she finds herself pushed aside in her owner’s affections by the arrival of a new baby. Lady decides to run away with the charming but roguish Tramp as he shows her the excitement and freedom that can be found on the streets. However, danger lurks around the corner in the form of the evil dogcatcher. Can Lady and the Tramp avoid his evil grasp?

Beautiful hand-drawn animation, memorable songs such as He’s A Tramp, Lu La Lu and The Siamese Song and a great score from the masterful Oliver Wallace (who also scored Cinderella, Dumbo and Pinocchio) combine to make this an unforgettable cinematic experience.

A tale of love blossoming between an elegant society lady and a charming drifter from the wrong side of the tracks has become something of an archetypal romance that has influenced many an on-screen pairing (think Leia and Han in Star Wars, Hepburn and Bogey in The African Queen, Rose and Jack in Titanic, or indeed Disney’s own Aladdin).

You’ll be howling for more!