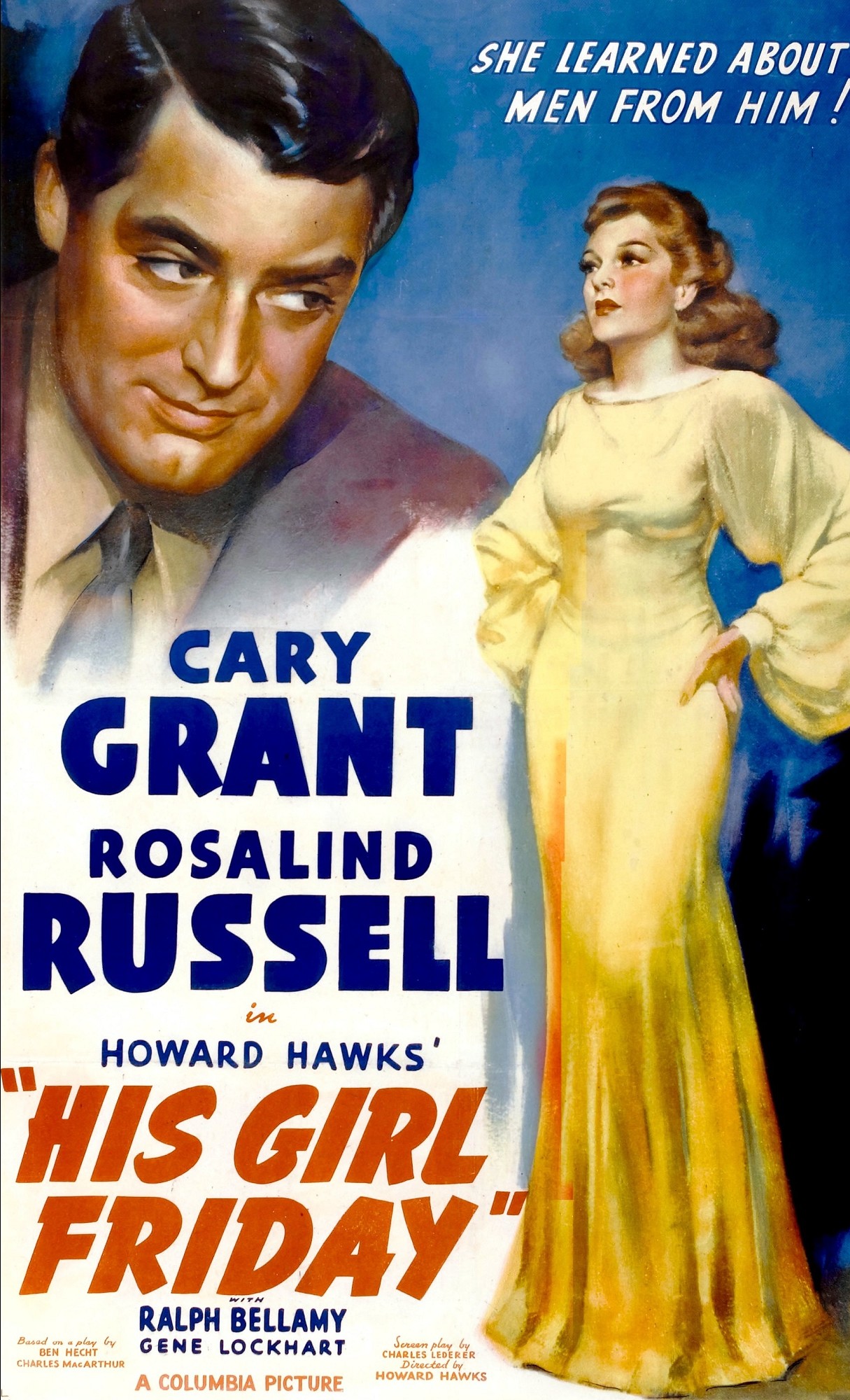 The Odyssey celebrates Valentine’s Day with the classic screwball battle of the sexes and one of Cary Grant’s greatest comedies.

Unscrupulous news editor Walter Burns (Cary Grant) is furious to learn that his star reporter and ex-wife Hildy Johnson (Rosalind Russell) is quitting to become a housewife. As bait, Burns offers her the prime story of Earl Williams (John Qualen), a timid bookkeeper on the verge of execution by the corrupt authorities.

Determined to resist Burns’ pull, Hildy still finds herself tempted by the chance to save a wrongfully convicted man from death, and riveted by the dubious, exhilarating thrills of both the newsroom and her ex-husband, just as said man is setting his criminal connections on her new husband and his mother.

From the great stage comedy, The Front Page, director Howard Hawks and writer Charles Lederer spin a relentlessly brilliant farce, combining incendiary romantic chemistry with a tart, cynical take on love and the media, all through a sharp script played at high speed. Grant and Rosalind Russell express their love through a ruthless war of words, skewering each other with furious wit and elegance, and so creating a timelessly modern, unsentimental romance.