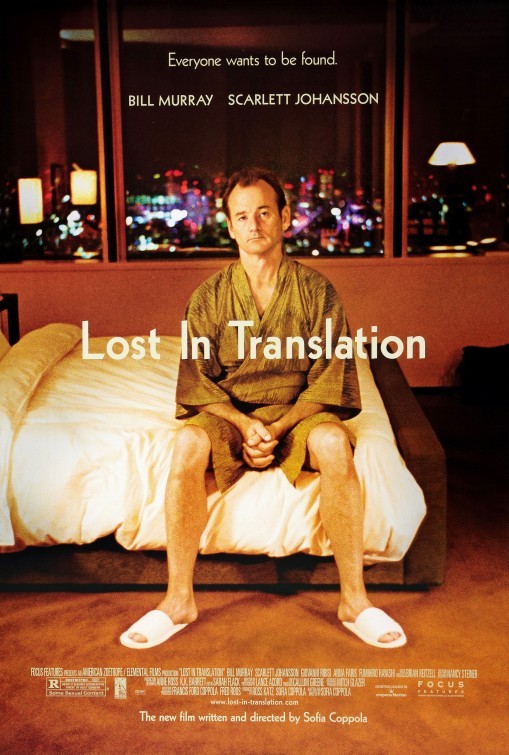 Bill Murray and Scarlett Johansson are a wonderfully matched duo in Sofia Coppola’s masterwork in an alternative love story for this Valentine’s eve.

Directing from her own script, Coppola leapt from the modest success of her debut, The Virgin Suicides, to this remarkably assured film of two strangers meeting in a strange land and finding sanctuary in their brief encounter.

Bob Harris (Bill Murray) and Charlotte (Scarlett Johansson) are two Americans in Tokyo. Bob is a movie star in town to shoot a whisky commercial, while Charlotte is a young woman tagging along with her workaholic photographer husband (Giovanni Ribisi).

Unable to sleep, Bob and Charlotte cross paths one night in the luxury hotel bar. This chance meeting soon becomes a surprising friendship. Charlotte and Bob venture through Tokyo, having often hilarious encounters with its citizens, and ultimately discover a new belief in life's possibilities.

The city itself becomes as much a character as Bob and Charlotte, with the jangling tumult of the streets and arcades and the constant buzz of neon creating a soundscape that is alien and mildly unnerving. A marvellous, exquisite movie. Don’t miss!