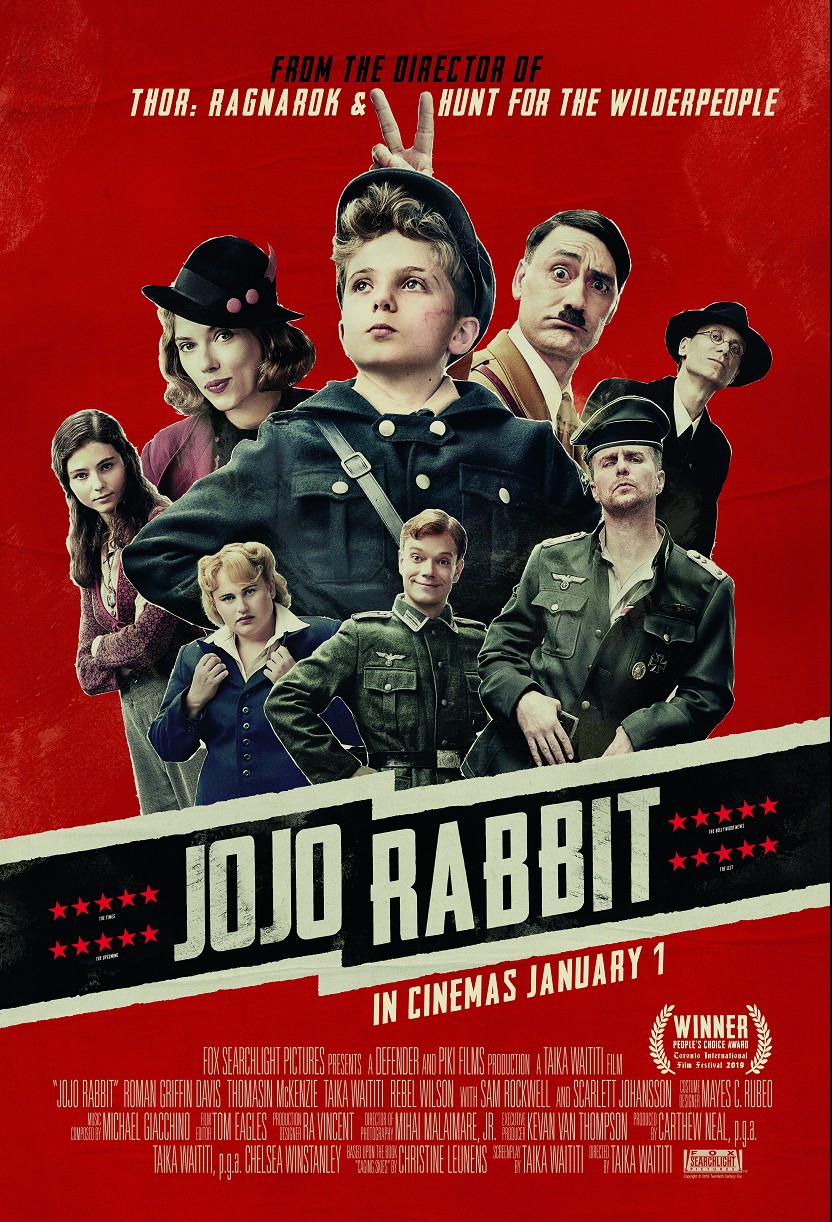 Living alone with his mother (Scarlett Johansson), ten-year-old Jojo is eager to become a man and defend his country, even adopting Hitler as a manic imaginary friend and joining a Youth retreat to become a better soldier; but only gains mockery for refusing to kill a rabbit and scars for an overenthusiastic approach to explosives.

An opportunity for redemption arrives when he discovers his quietly subversive mother’s secret: a teenaged Jewish girl hidden in the attic. Afraid to expose her directly, Jojo attempts to glean enemy secrets from her to show the authorities, but his blindly patriotic ambitions are weakened by emergent feelings for the girl and visions of a better way of life.

Waititi paints the Nazis with his typically dry but absurd comic touch, getting copious black humour from their ridiculous rituals and ideals, but gradually reveals a greater seriousness, balancing the grim truth of the situation with a hard-won optimism about people.

Against the threat of bad taste, Waititi presents a heartfelt story of love triumphing over fascism, by way of riotous comedy.