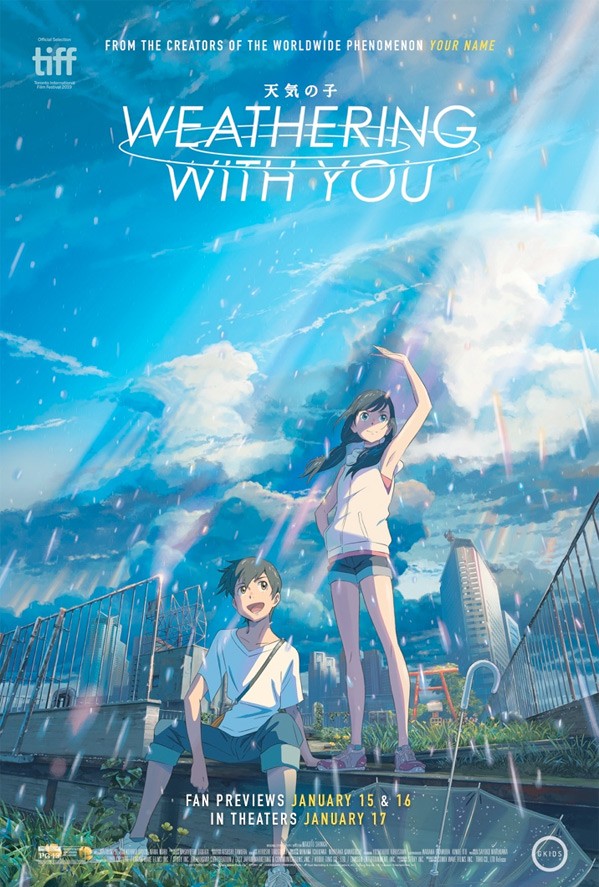 We are proud to present a special, one night only screening of the latest animated feature from Makoto Shinkai and CoMix Wave Films. The first Anime submitted for the Best International Film Oscar in 20 years.

When teenage student Hodaka runs away from home to start a new life in Tokyo, he finds himself living in isolation on the rain soaked streets of Shinjuku.

After befriending an orphan girl named Hina, he discovers that she possesses a very special gift… the ability to summon the sun and stop the constant rainfall that plagues the area, but Hodaka soon learns that her power comes at a heart-breaking price.

Directed by Makoto Shinkai and produced by Genki Kawamura, the creative team behind 2016’s global phenomenon Your Name.

Weathering With You contains stunning, almost photorealistic scenery, combined with dazzling use of light and colour, refracted through the constant rain soaked streets of Tokyo.

Winner of Best Animated Feature Film at the 13th Asia Pacific Screen Awards, Weathering With You is a treat for the senses and unmissable for both seasoned and new fans of the genre.