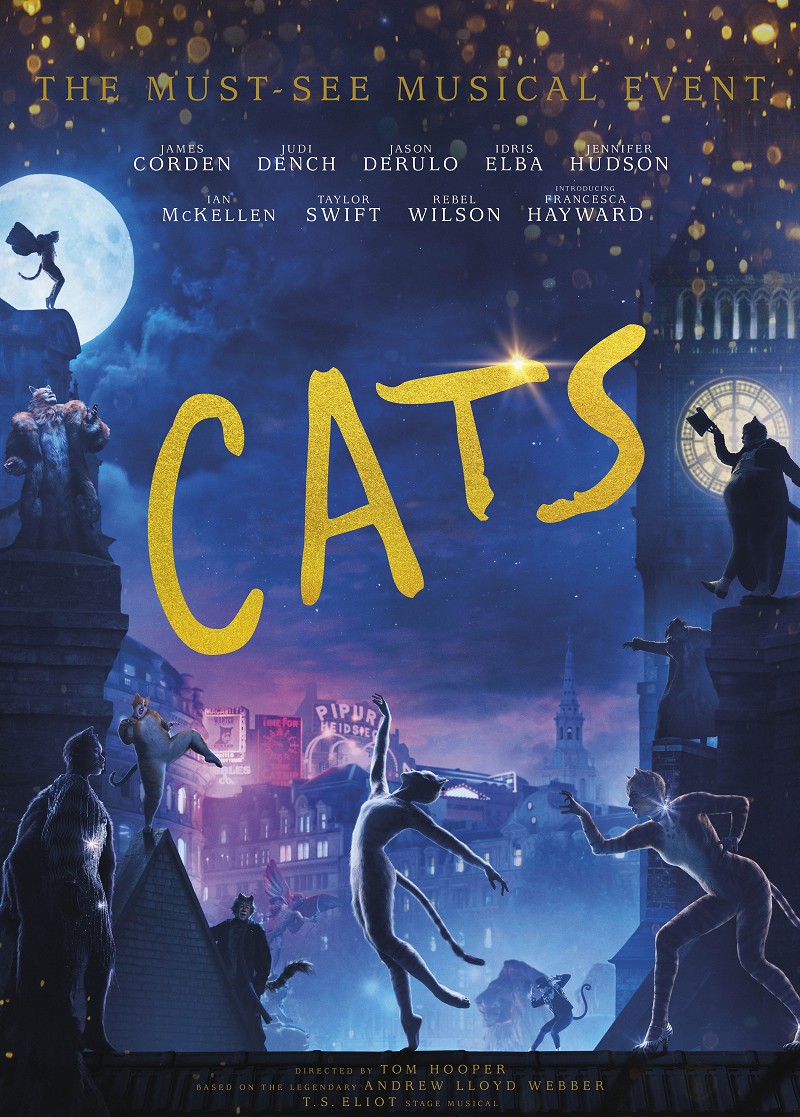 Put you paws together for what will undoubtedly be the most talked about film of the year.

A purrfect cast of professional singers, ballet dancers, film actors and stage stalwarts have been assembled by Tom Hooper, the visionary director of Les Misérables and The King’s Speech, to bring to the screen the Broadway perennial: Cats.

The film’s an adaptation of Andrew Lloyd Webber’s hit musical, itself based on the 1939 poetry collection Old Possum’s Book Of Practical Cats by T S Eliot and tells the story of the Jellicle Ball, an annual event where one cat will be chosen by wise Old Deuteronomy to journey to the Heaviside Layer and there be reborn into a new life.

A mixture of vivid lighting, scaled sets, and what has been termed ‘digital fur technology’ give the film a look unlike any other, a dazzling hallucinatory trip into a magical world.

It includes such unforgettable songs as Mr Mistoffelees, Jellicle Songs for Jellicle Cats and Memory as well as a brand-new song written especially for the film by Webber and Swift.