Star Wars: The Rise of Skywalker (12A) 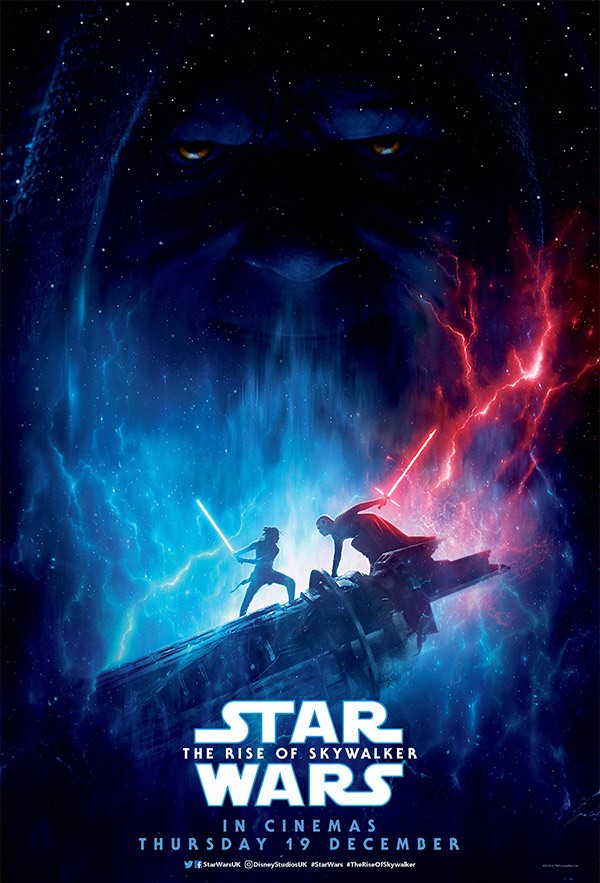 The saga ends… Episode IX brings to a close the legendary Skywalker story. But with a title that is such an open-ended question, how will things conclude for Rey, Kylo Ren, Luke Skywalker, and the rest of the galaxy?

The trailers have offered no answers, instead ramping up the speculatory hype. Palpatine’s voice is heard in them — is he alive? A force ghost? How Carrie Fisher is due to posthumously appear leaves a huge question mark. And Princess Leia’s brother Luke appeared to become one with the force in The Last Jedi — will he play a role here? Billy Dee Williams also reprises the greatly loved Lando Calrissian — joining Daisy Ridley, Adam Driver, John Boyega and Oscar Isaac.

Episode IX will be composer John Williams’ final Star Wars film, a man who has played such a huge part in the magic of this saga.

A year after the events of The Last Jedi, the remnants of The Resistance regroup to face the dark might of The First Order. Meanwhile, the millenia-old conflict between the Jedi and the Sith, now centring around Kylo Ren and Rey, reaches its explosive end.