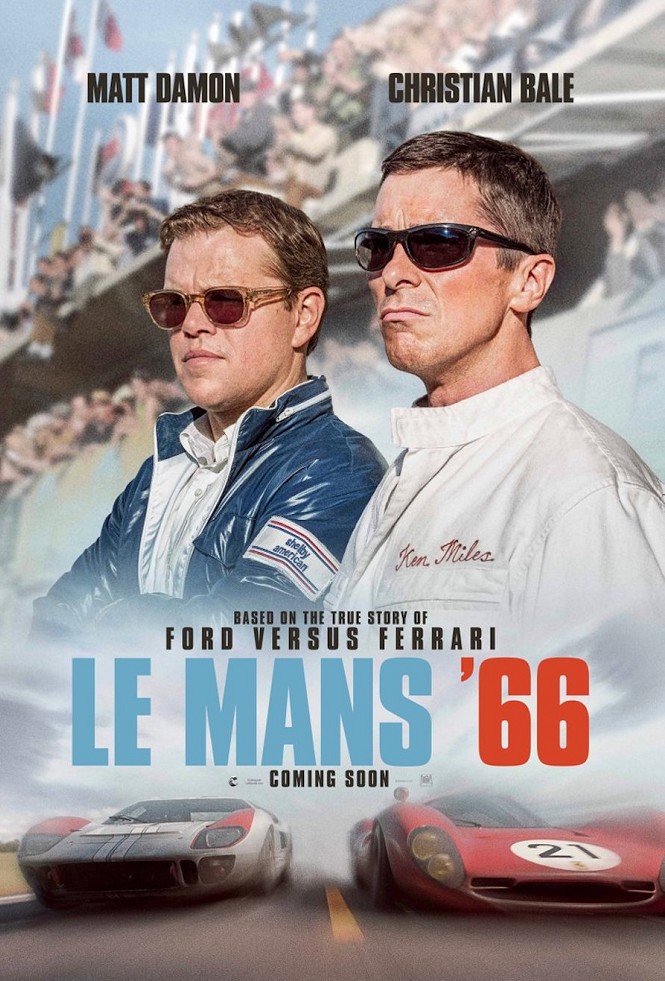 Despite dominating the market for ordinary cars, Ford struggled in the world of endurance racing, facing humiliation from the much smaller but more glamorous Ferrari. Unable to buy them out, it instead recruited a brilliant but unstable creative team to beat them at their own game. This was spearheaded by Carroll Shelby (Damon), a racer forced from the track by poor health and channelling his energy into creative work, and Ken Miles (Bale), a British driver and former tank-commander with an uncanny instinct for cars, and no patience with suits.

With just 90 days to build an unbeatable car for the 24-hour race in Le Mans, the team faced fierce opposition from abroad, its company, and within. Helmed by action and biopic master James Mangold and co-written by feted playwright Jez Butterworth, the film excels in depicting both the riveting spectacle of motorsports and the internal dynamics of the minds behind it. Though a prestigious biopic and a classic underdog sports story, it transcends cliché.