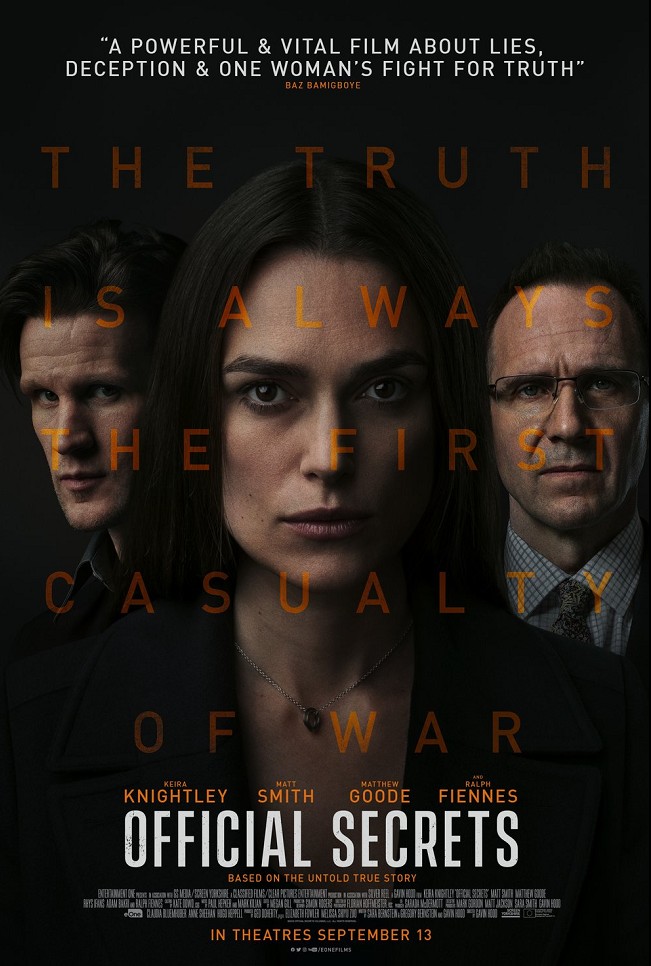 Keira Knightley and the director of Eye in the Sky bring a true, timely, and thrilling true story of national corruption and the dangers of exposing it.

In 2003, government translator Katharine Gunn (Knightley) is frustrated at Britain’s slide towards war with Iraq, clearly seeing that it cannot be justified. A chance to act arrives when she receives an email from American espionage, asking for help from the UK in blackmailing diplomats into agreeing to the invasion. Furious at this international breach of ethics, she leaks the document to the press, leading to a mass outcry.

Potential reprisals against her colleagues oblige Katharine to reveal her role in the whistleblowing, even as its cost to herself and her loved ones becomes clear. Knightley excels as a government pawn put under immense pressure for an act of defiance, displaying both the necessary courage and vulnerability without ever upending the film’s realism through grandstanding.

Likewise, director Gavin Hood does not distort the facts with melodrama but allows the power of the real story to shine through: one that is exciting as any vintage political thriller, but, in a time of deception on a mass scale, also immensely relevant.