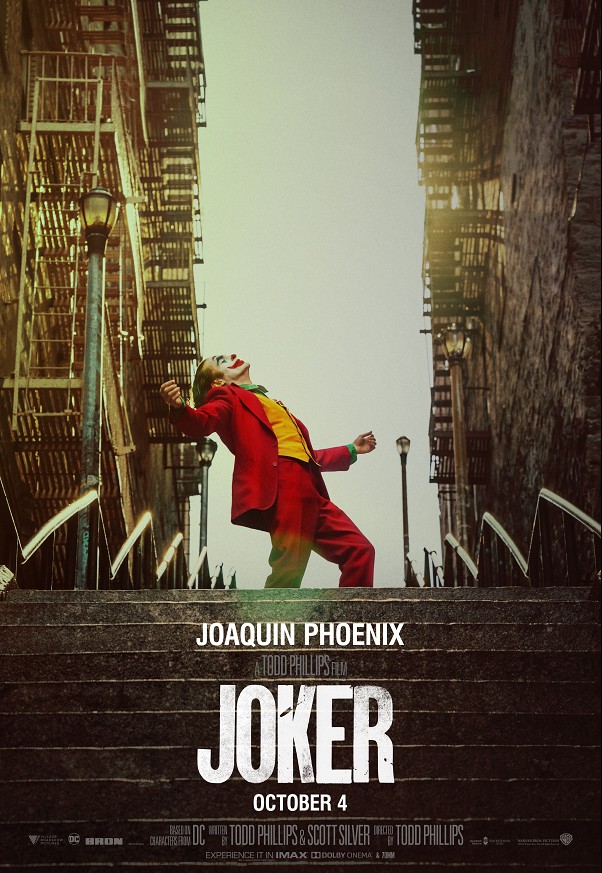 After receiving the Best Actor Bafta and Oscar, Joaquin Phoenix’s unforgettable performance as the Joker returns this month, bringing us the dark origin story of Arthur Fleck, Batman’s nemesis.

It’s an unusual choice for Director and co-writer Todd Phillips (best known for directing The Hangover trilogy) both Phillips and Phoenix have been offered work on Marvel films, which they ultimately declined due to lack of interest. For Phoenix, however, this standalone psychological thriller was an attractive prospect.

The cast is rounded out by Robert De Niro as TV host Murray Franklin, Frances Conroy plays Penny Fleck – Arthur’s meek and sickly mother, and Zazie Beetz as Sophie Dumond, a cynical single mother and neighbour to the Fleck’s.

Wannabe comedian Arthur Fleck has to literally put on a happy face in his day job as a clown for hire; mostly spinning sale signs outside shops and providing comic relief at a children’s hospital.

Phoenix’s portrayal of a social reject who is chewed up and spat out by Gotham City is all too real.

A dark evolution for comics-inspired cinema.